Hi! We are here to help you.

Type your question here, or browse topics below to view answers or reach a support agent.

Organize computers according to location, function, access permissions, or any criteria you specify. For example, you might place all servers in one group, PCs in another, and Macs in a third.

Who can use this feature? Computer groups can be managed by all LogMeIn Central account holders and any LogMeIn Central user with the Computer Group Management permission set on the Users page.

Use the Groups list at the top of the page of the LogMeIn Central interface to filter computers by group or status.

at the top of the LogMeIn Central Central user interface and then Show group panel to view your computer groups in a list next to your Computer list. 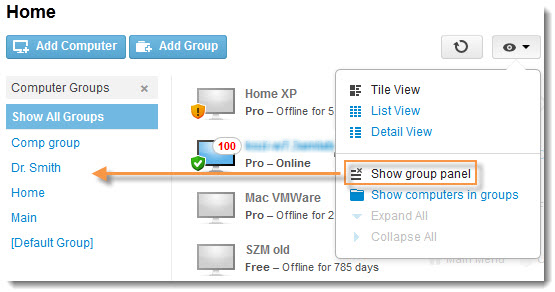 Figure 2. The Computer Groups panel button
The custom fields feature extends computer property information and integrates with your computer list seamlessly. Assign data of your choice to the computers you manage to find and sort them easier, or to add descriptive information.

at the top of the LogMeIn Central Central user interface and then Show computers in groups to view your computers in a simple list, without showing groups. 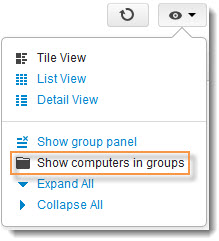 Manage Groups from the Computers page

On the Computers page in Tile view or Detail view, click edit to work with groups.