You can use Wake-on-LAN (WoL) to attempt to wake up sleeping (Windows and Mac) or powered-off (Windows) computers from your Unattended Remote Support Computers Inventory. This allows you to then connect to computers that would otherwise have been offline and unreachable.

Note: In order for you to successfully wake up (PC and Mac) or power on (PC) a computer, Wake-on-LAN must first be enabled.

In order for you to wake up a sleeping or off (i.e., "target") computer, all of the following must be true:

Note: Even if all of the following is true, the computer may still not wake up if it encounters another error.

Complete all of the following steps on the target computer:

Attempt to wake a computer via the GoToAssist Expert desktop application 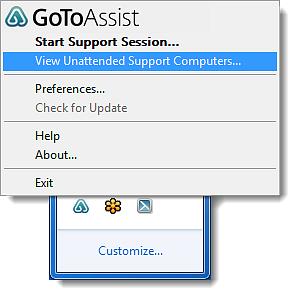 Note: Although the Power On button appears for all unavailable computers (i.e., Offline), the WoL feature does not work for computers that do not meet the requirements listed above (i.e., if the computer is offline because it is not connected to the network). 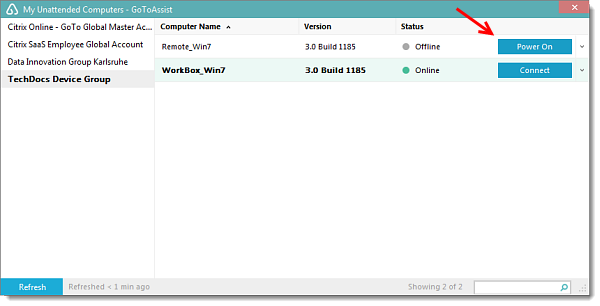 Note: Although the request was successfully sent, the computer may still not wake up if it does not meet all of the requirements listed above, or if you encounter another error. 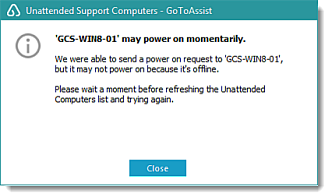